Today was our last day on the live aboard. We only did two dives, both on the Boonsung wreck. The Boonsung wreck was a tin dredger that sunk over 30 years ago, and tsunamis have broken it into six pieces. Our guide said there’s loads of marine life to see, thousands of fishes, shrimps, sea slugs, etc. We descend the buoy line into nothing. The visibility is about two meters, you could see the person in front of you and the person behind you. It was not the oppressive blue of the days before, this water was frighteningly brown. We were trying to stay close to the wreck but not too close to hit something but not so far away to get lost. Everywhere was brown, sometimes you would think you saw something because there was a darker smudge of brown. Parts of the wreck would jump out at you from the brown. END_OF_DOCUMENT_TOKEN_TO_BE_REPLACED

We were back at Koh Tachai pinnacle for our first dive of the day. There was only a slight current so the dive was much more enjoyable than the day before. We had time to enjoy the colorful corals and all the fish. We even briefly saw a turtle (another diver with a camera chase it off trying to get a picture of it). There was a big school of barracuda swimming in the area, you could tell when they got close because all the smaller fish would speed off. If you looked in the opposite direction of the smaller fish then you could see the barracuda coming. The Frenchwoman pointed out a big grouper with its mouth open, and inside you could see the cleaner fish cleaning. I saw a strange looking fish, it looked almost like a hummingbird; back on the boat I looked it up and it was a bird wrasse. We saw two trigger fish fighting over territory. END_OF_DOCUMENT_TOKEN_TO_BE_REPLACED

We woke up earlier this morning to dive at “Rocky Point” or “North Point” off island 9, before heading away from the Similan islands to Koh Bon for our afternoon dives. The dive site was a whole bunch of boulders, giant rocks the size of houses, and the way they were leaning created a bunch of spaces to swim trough. This site had more live coral than the other sites, but you could see where the coral was starting to bleach. The Frenchwoman and I saw a reef shark, and her husband saw a turtle. Our guide was not happy he missed those, he was too busy looking for flatworms. We saw a blue ribbon eel, which are supposedly hard to find. At the end of our dive we saw a sea snake, can’t get away from snakes even in the ocean.  END_OF_DOCUMENT_TOKEN_TO_BE_REPLACED

It was quite the happenstance that I ended up on the live aboard (see earlier blog post). The boat was called the Peter Pan. We boarded on April 17 in the evening, the divers were me, a French couple, and eight Argentinians. The boat can hold 22 divers so there was plenty of space for all of us, I even got my own room! One thing I learned about the boat is you need to watch your head going up and down the stairs (otherwise you get a painful reminder for the rest of the trip, as I learned from experience) (also from experience, the cookies did not have chocolate between them but rather a sort of jelly, such a disappointment).  END_OF_DOCUMENT_TOKEN_TO_BE_REPLACED 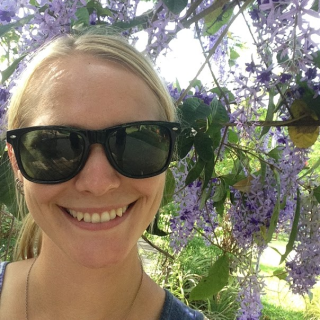