Jessica and I met in Bangkok for the weekend after she had problems submitting my visa application. The first time we were in Bangkok about two years ago we were just there in transit; this time we decided to tour the highlights, as in some temples and the giant weekend market.

Saturday February 4, we decided to do some temple hopping. We took the BTS to the river then got the tourist boat to the Royal Palace and temple. It was a little strange to be there because it was crowded with Thais in their mourning clothes going to pay their respects. I was wearing shorts since I didn’t plan on going temple hopping. They made me rent a wrap to cover my legs (I got the money back when I returned it).

Jessica found the temple to be very beautiful and highly ornate. It was interesting to see parts of the complex blocked off for mourning. I had been there over a year ago with CIEE orientation. The emerald Buddha that is housed in the Royal temple was in its winter clothes and when I saw it earlier it was in its rainy season clothes. Hopefully I will get to see it in its summer clothes.

After the temple we decided to walk to the next temple which looked just down the street from the Royal Palace. It was close enough to walk but in the heat the walk seemed too far. When we entered Wat Pho, we received a ticket and part of it was for a free bottle of water. There were less tourists at this temple. In the temple complex there were giant stone statues depicting various people,from Chinese opera character to Marco Polo. The Chedis were decorated with elaborate colored tiles. In the outer part of the temple I was able to wear my shorts but inside the temple I had to wear a green bathrobe thing. 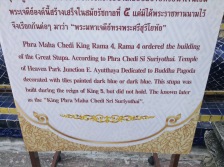 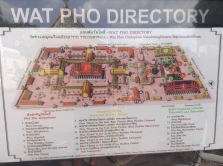 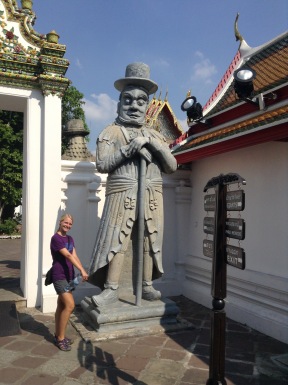 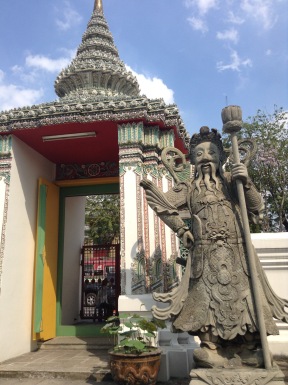 Inside the temple was the largest reclining Buddha I have ever seen. It was massively impressive. The Lonely Planet guidebook says the reclining Buddha is 46 meters long and 15 meters tall, and the statue’s feet are inlaid with mother of pearl depicting the 108 physical characteristics of the Buddha. After visiting the Buddha we got our free bottle of water, it was greatly appreciated at that point. 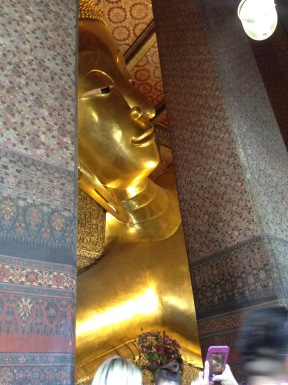 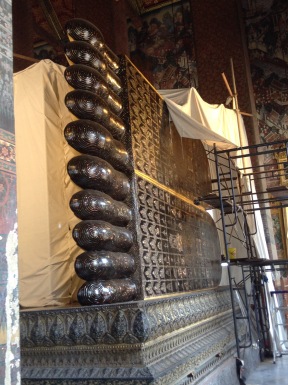 Jessica and I decided to go to an ice cream place I heard about that was also just down the street from the temple. When we got to the place it was supposed to be we found it closed. It was easy to take the boat back to the BTS. We stopped and got Ben & Jerry’s ice cream instead. We literally shared a bucket of ice cream, not quite all we had hoped and dreamed about but still close. 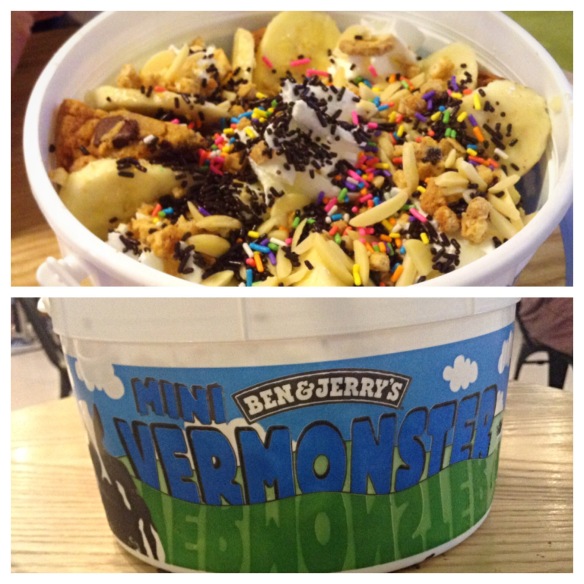 On Sunday we went to Chatuchak weekend market with a guy we met at our hostel. First Jessica was craving donuts so we went to Krispy Cream for breakfast. Then Jessica wanted to purchase her bus ticket for Cambodia. The bus station was down the street from the market. We got a taxi there for a reasonable price but no taxi would take us back for a decent price so we ended up walking it. 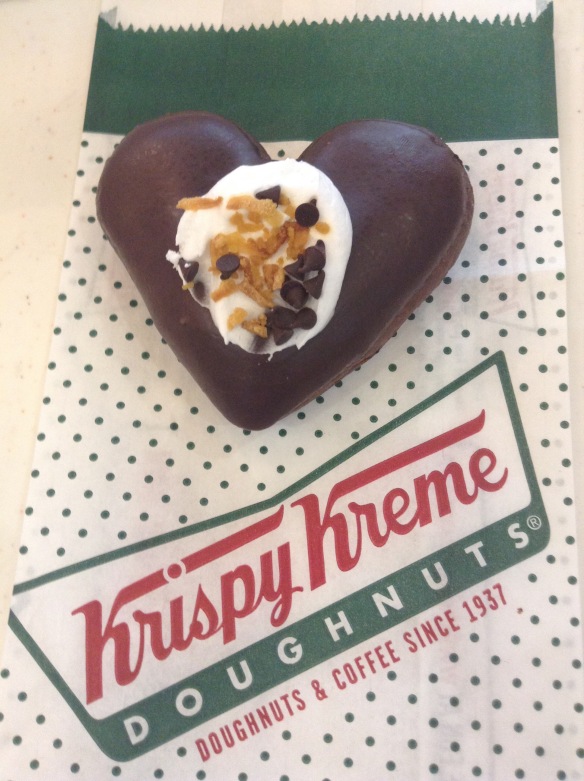 Chocolate coconut donut in a heart shape for Valentines Day, the coconut cream was disgusting

We entered the market near the back in the pet section. This was my fourth visit to the market and I had never seen the pet section though I heard rumors about it. The rumors I heard were true, you can purchase all sorts of exotic pets and some of it made me question the legality of it all. There were your traditional fish, cats, dogs, birds, and rodents. But then it started getting into the weird like desert foxes, Burmese cats, snapping turtles, flying squirrels, etc. 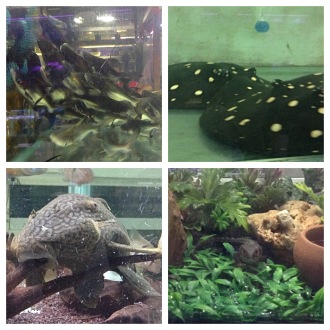 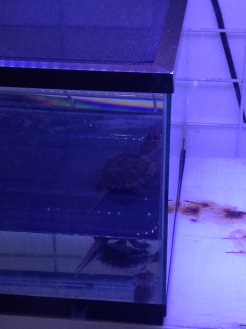 That would be a snapping turtle

We spent the whole day at the market; it’s a place where you could spend way more money than you intend. For dinner we went to Cabbages and Condoms because it’s a uniquely Thailand thing and it goes for a good cause. We were going to try to get a Thai massage but it was so late by that point we had to go back to the hostel. The next day we parted ways, Jessica to Cambodia and me to the Chinese visa application center, before we would meet up in Shanghai.

If you would like to read about Jessica’s experience in Bangkok, you can read about it here. 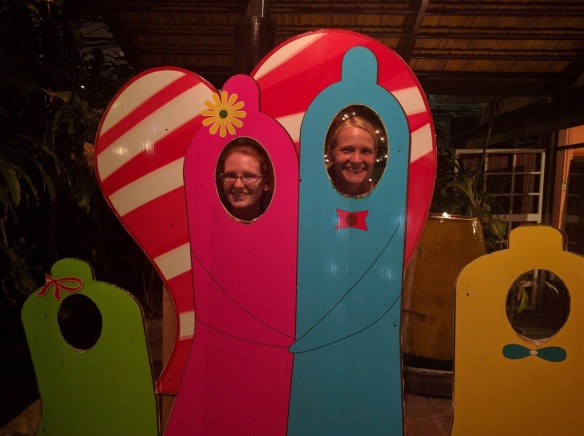 1 thought on “Dynamic Duo in Bangkok﻿”